Asian markets were rocked last night by the news the US President was releasing details on a new round of tarrifs to levy against China. The total amount of goods to be impacted could be as high as 200 million.

Market sentiment seems to be shifting from a cautious "wait and see" response to a feeling that "this gets worse before it gets better".

With changes of this magnitude, there certainly could be cascading effects beyond China as the ripples of a less globalized world begin to be quantified, if not outright felt yet.

The Australian currency, and specifically the AUDUSD pair, has long been a proxy for China's economy. The two coutnries are closely linked economically. Australia is a well developed commoditeis powerhouse, and their metals and other raw goods are widely consumed across China's economic engine.

With a downturn in Chinese growth, the speculation is that could weigh heavily on the Aussie, and the Australian economy as a whole.

The Chinese Yuan and AUDUSD pair have long enjoyed a correlated relationship, and our models have shown the correlation growing recently. The linear model below shows how they have moved in tandem, and reveals that as much as 67% of the movement in AUDUSD can be explained by movement in the Yuan. 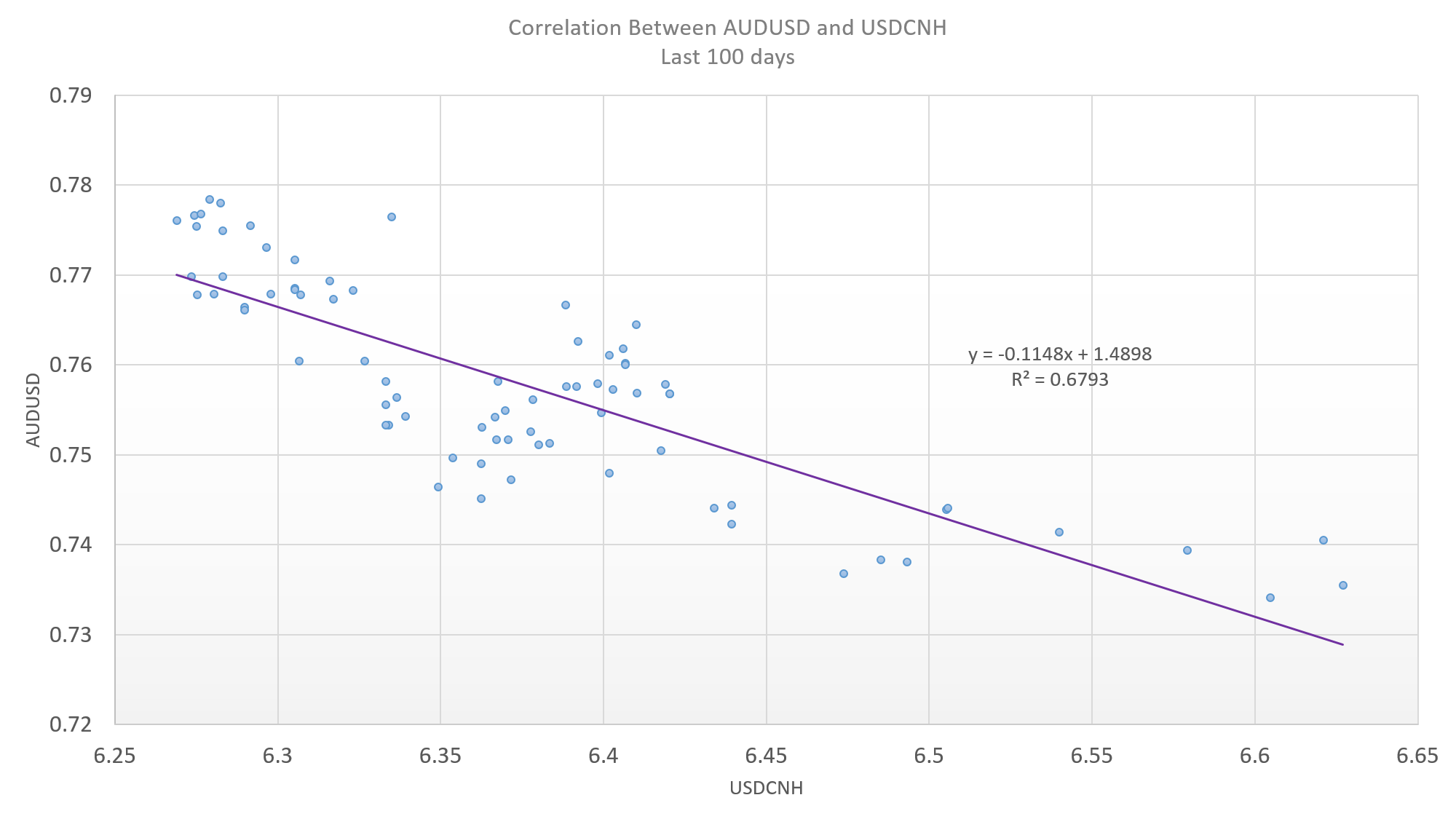 model and visual by Jason Pfaff

Traders should remain mindful, the shifting trade environment is still mostly "noise", as only very minimal changes have taken effect. However, it has almost all been been negative, sentiment has soured, and for this week at least, the noise has been deafening.

Over the medium to long term, we see interest rate differentials continuing to weigh as well. The United States has telegraphed a desire to continue on a path of 2 more rate hikes this year, and 2-3 next year. When a central bank hikes rates, it is typically thought of as supportive or constructive for a currency.

On the other side of the pair, the Royal Bank of Australia shows no signs of hiking rates any time soon. With the US hiking more this year, that could produce as much as a 50 basis point differential between the 10 year Treasuries offered by the two countries. Through 2018, this should produce a longer term downtrend in AUDUSD.

On the shorter term, the trade related noise and a weakening Chinese Yuan should continue to act as resistance against any upside in this pair. The Yuan has moved over 7% in the last 150 days on a steep move lower and is now nearing lows for the year. The chart below shows the recent move which follows a major move up through the first part of the year. 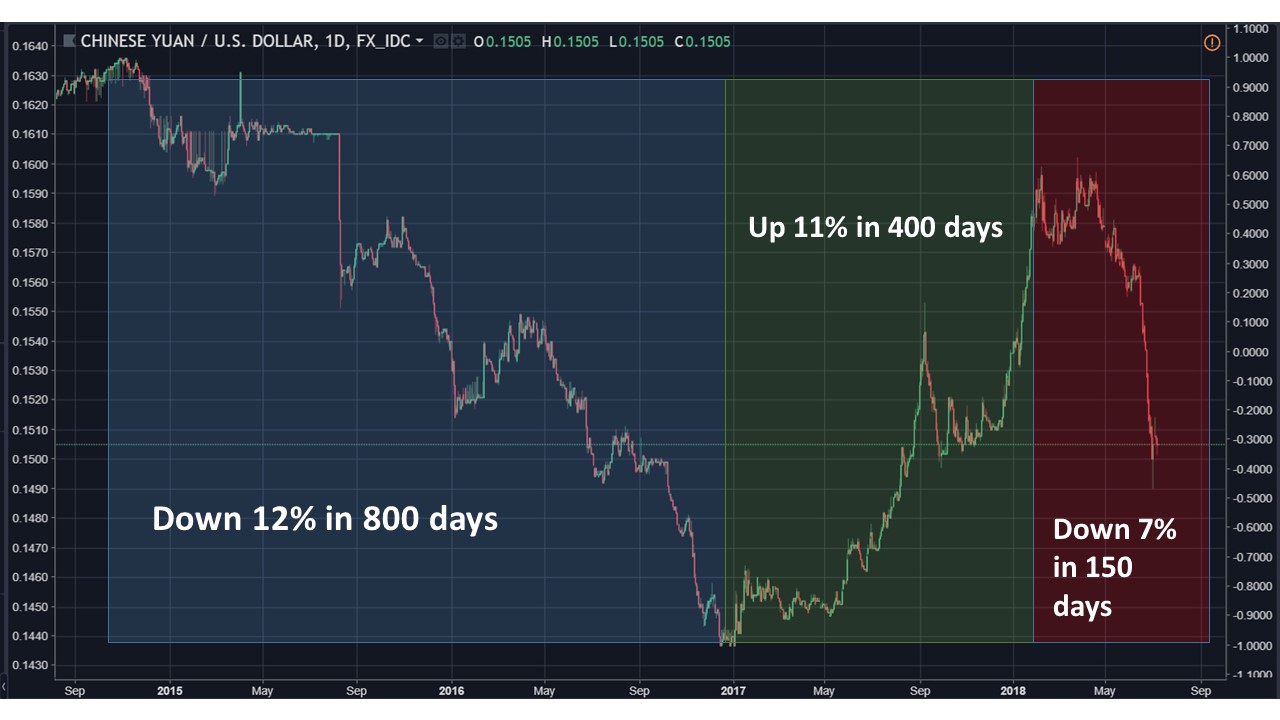 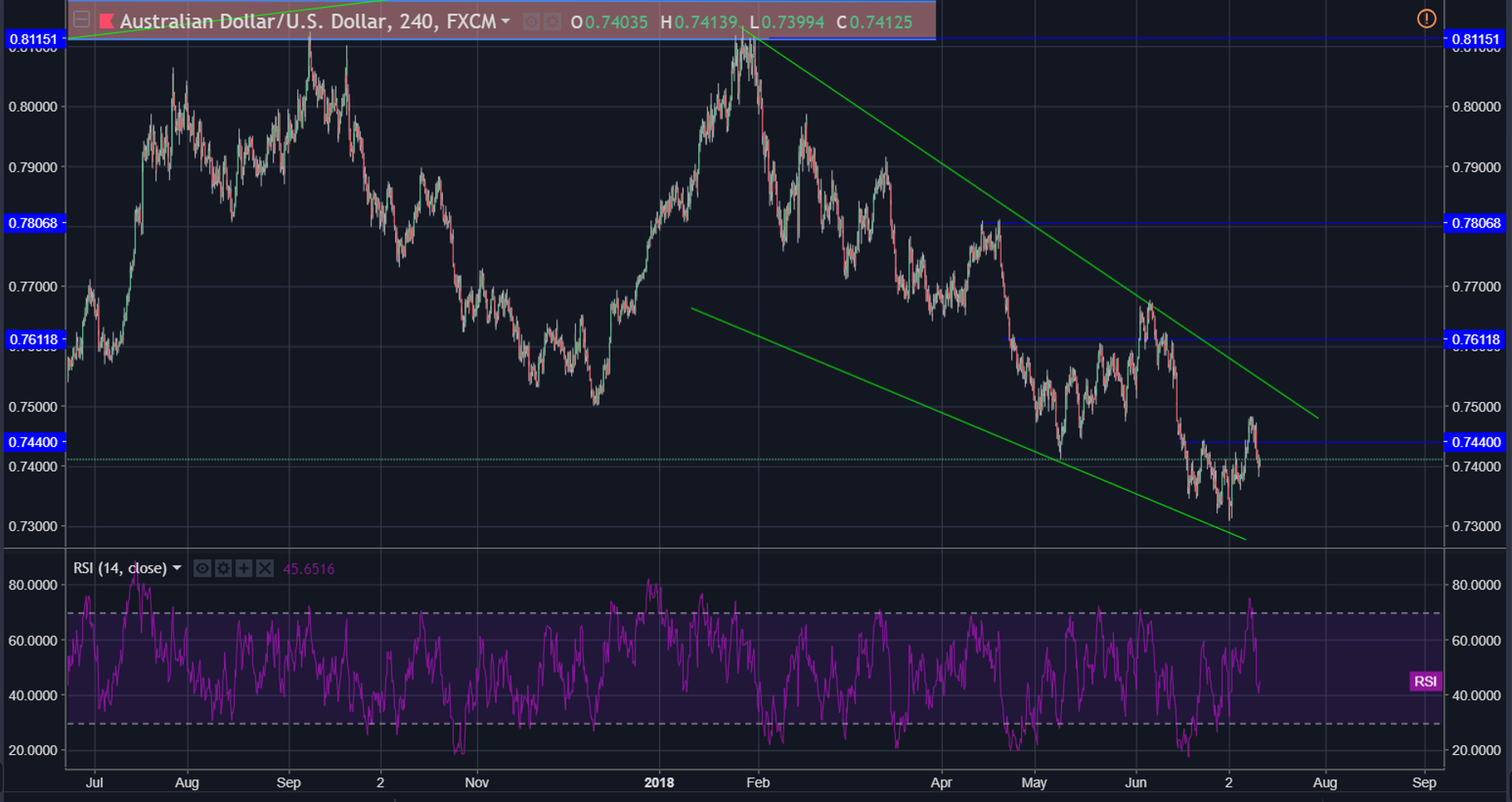