Opportunities in Sterling and Indices to Start the Week
Jason Pfaff of Independent Analyst - InsideFutures.com - Thu Jul 25, 7:40AM CDT

Markets digested last week's Non-farm payrolls report in the United States well, and shares in Asia moved sharply higher this morning. For a holiday week, it was certainly eventful, and several markets are showing an uptick in volatility given the many fragmented storylines rolling through markets.

However, as we begin this week, traders are still captivated by trade talk that has folks questioning sentiment at this stage in the game. We see two potential opportunities for higher moves this week, one in forex and one in stock indices.

GBPUSD Outlook for the Week

The short term picture for Cable has continued to shift more positive in our estimation, even though it has been under extreme pressure due to the clouds hanging over Brexit.

We see bullish positioning in GBPUSD over the near term based on the following factors:

The Bank of England also seems determined to hike rates again soon. While our house view is this is a mistake and would be an overshoot, the consequences would only be felt much longer term, and form as a multi-year problem. In the short term, based on interest rate differentials alone, a fair valuation of the Pound is closer to 135.00. 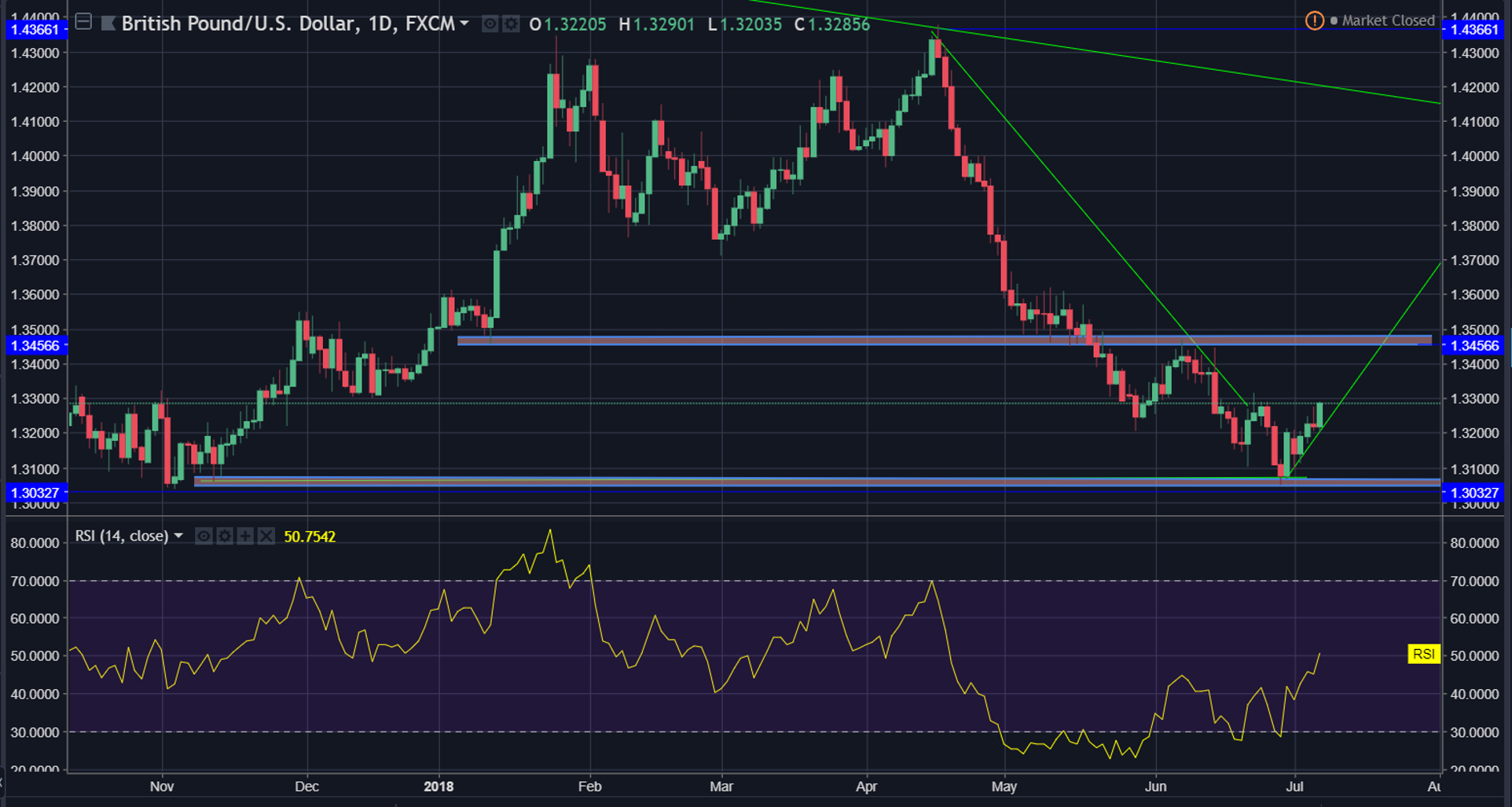 Russell 2000 Outlook for the Week

As the market looks to earnings season, and on the back of a solid jobs report, we see potential in the Russell 2000 for a mild bullish move.

Asian markets were sharply up on the open today, largely attributed to the positive US data.

The net gain of 213k in the jobs report was slightly ahead of consensus market forecasts at 195k. Our published forecast was somewhat closer than consensus at 205k.

The main story beneath the headline was an uptick in unemployment, moving from 3.8% to 4.0%. This indicates folks that had been on the sidelines are now actively seeking work, which is seen as a medium term boost for a later cycle economy.

The employment report demonstrates continued hiring and growth, while also allowing the Fed to maintain its path without worrying too much about overheating.

We believe this offers upside potential for smaller cap equities in the current environment given they have considerably much less exposure to revenue outside of the domestic US. With a strong US economy, and choppy results elsewhere, we see a narrative forming where inflows continue into smaller caps offering more exposure to domestic US returns.

Our sine wave trend indicator (bottom panel of above chart) as well as the RSI (middle panel) on a daily chart both indicate a possible trend forming higher. The RSI is key, as we corrected from oversold territory during the selloff in late June, typically seen as above 70 on the RSI, and are back towards the middle and moving up. This could indicate the early stages of a trend.

For an additional look at the important technical indicators that help traders determine market conditions and potential directions, I encourage you to chck out this resource offered later today. Click here to register.