As the second half of the year gets ramped into full swing, we expect a positive non-farm payroll report that should be constructive for the dollar, and slightly better than equity market expectations. We estimate a headline print of a net increase of 205k on NFP.

We use a computer based mathematical simulation model that incorporates a variety of data sets, historical trending, and key indicators. We ran 100k simulations and the most frequent result was 205k. 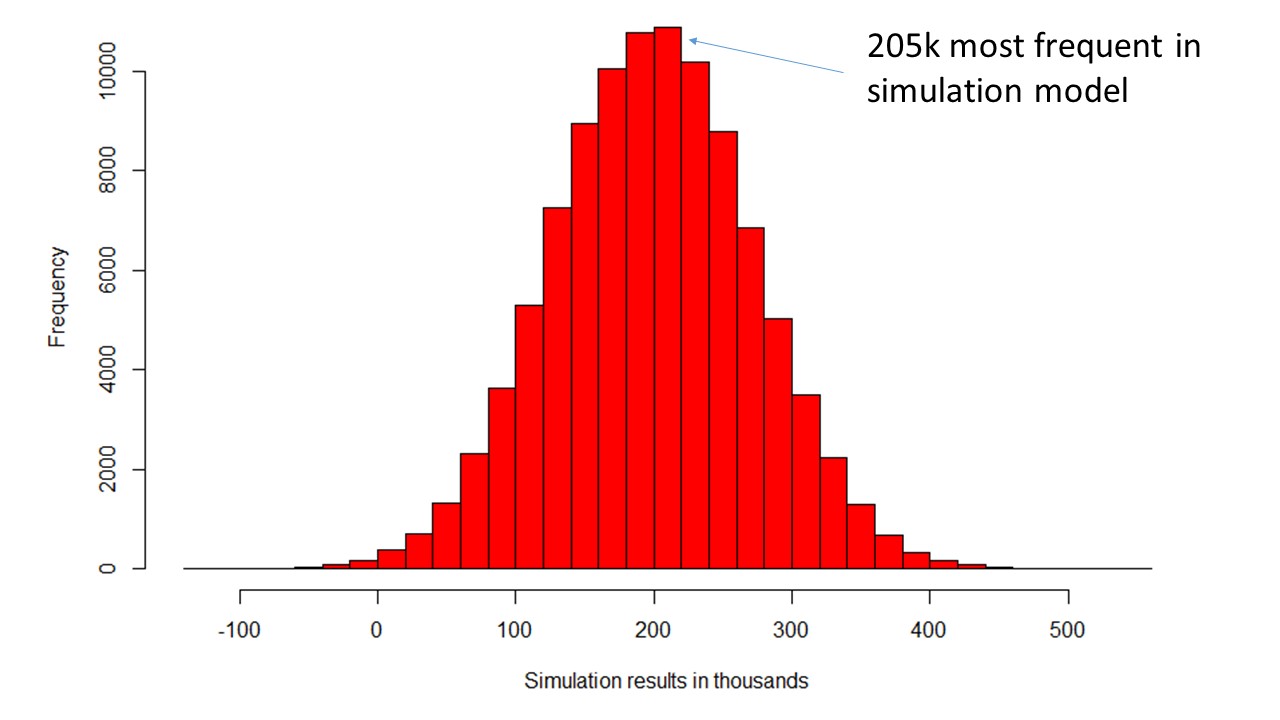 The breakdown we see on this number is 200k from the private sector and 5k from Government. While down incrementally from last month’s net gain of 223k, the number is largely in line with trend, and should be a relatively peaceful release for markets that mildly lifts the dollar.

As was the case last month, the far more interesting numbers to dissect will come from deeper within the report. We expect unemployment to stay at 3.8%. We are forecasting an increase in average hourly earnings of .3% over last month, which is slightly better than where it has been trending. If unemployment were to tick down to 3.7%, combined with a move on average hourly of .3%, that would certainly be a more bullish development, and could more sharply move stock indices like the S and P 500 on Friday. We currently are forecasting a 35% probability for that scenario to play out.

Here are the three scenarios that could develop as we see it today:

While we always model tail risk and are mindful that a wildly divergent result can happen any month, we see very low risk of an outlier being produced on either side. We see scenario 1 or 2 as the most likely. This sets up broadly as a sideways event for equities, and incrementally positive for USD. There are several ways a trader could take a position around the results of the non farm payrolls release. We like three potential trade ideas in forex:

The Aussie has been weak, and we see a path for further weakness. Charts indicate a very bearish technical set up with a recent double top serving as resistance and sending the pair lower with momentum, and we are well below short and long term moving averages. The Aussie is also suffering from treasury yield differentials with the United States. As the US continues to hike interest rates, and is expected to hike further, that contrasts sharply with a very dovish Royal Bank of Australia. As the gap between the 10 year notes in each country widen, it could lead to a further depreciation of the Aussie dollar across all time horizons.

This set up makes the AUDUSD pair especially sensitive to any strengthening in the dollar, and makes for an environment where momentum in the greenback could be further exacerbated by weakness in the Aussie.

Economic data from Japan has been relatively weak as of late, and the Yen has been fairly tepid, even with a fair round of geo political drama that would normally ignite a bid given the Yen’s revered safe haven status. A strong NFP number from the US could send the pair USDJPY pair higher.

The single currency strengthened the last few sessions as there is talk of the ECB sliding up potential rate hikes. The market gave the pair a bump from roughly 1.1520 to 1.1680 from June 28th to July 4th. If the non farm payroll report is positive, it could effectively cap that Euro rally, and send the pair into retracement.

As with other data releases and events, the market reaction can be hard to predict. Some traders may want to take a position on the number, without factoring in how the market digests it. With Nadex binary options, you can trade the number itself, with limited risk. By registering for a free demo account, you can trade this event and many others. Registering for an account takes minutes and can be done here : www.nadex.com/demo