After a shocking fall from record highs, bitcoin looks far more stable at current pricing than the market has seen in some time. Demand is improving, volatility is slightly ticking up, and price has maintained a level roughly +10% higher than just last week.

Bitcoin is ranging now around a two week high, which in our view demonstrates the market is digesting this new level for the longer term, and consolidating positions. The relative strength indicator on a daily chart is ranging in the mid 40's, indicating a stable and slower moving market looking for its next wave of momentum. 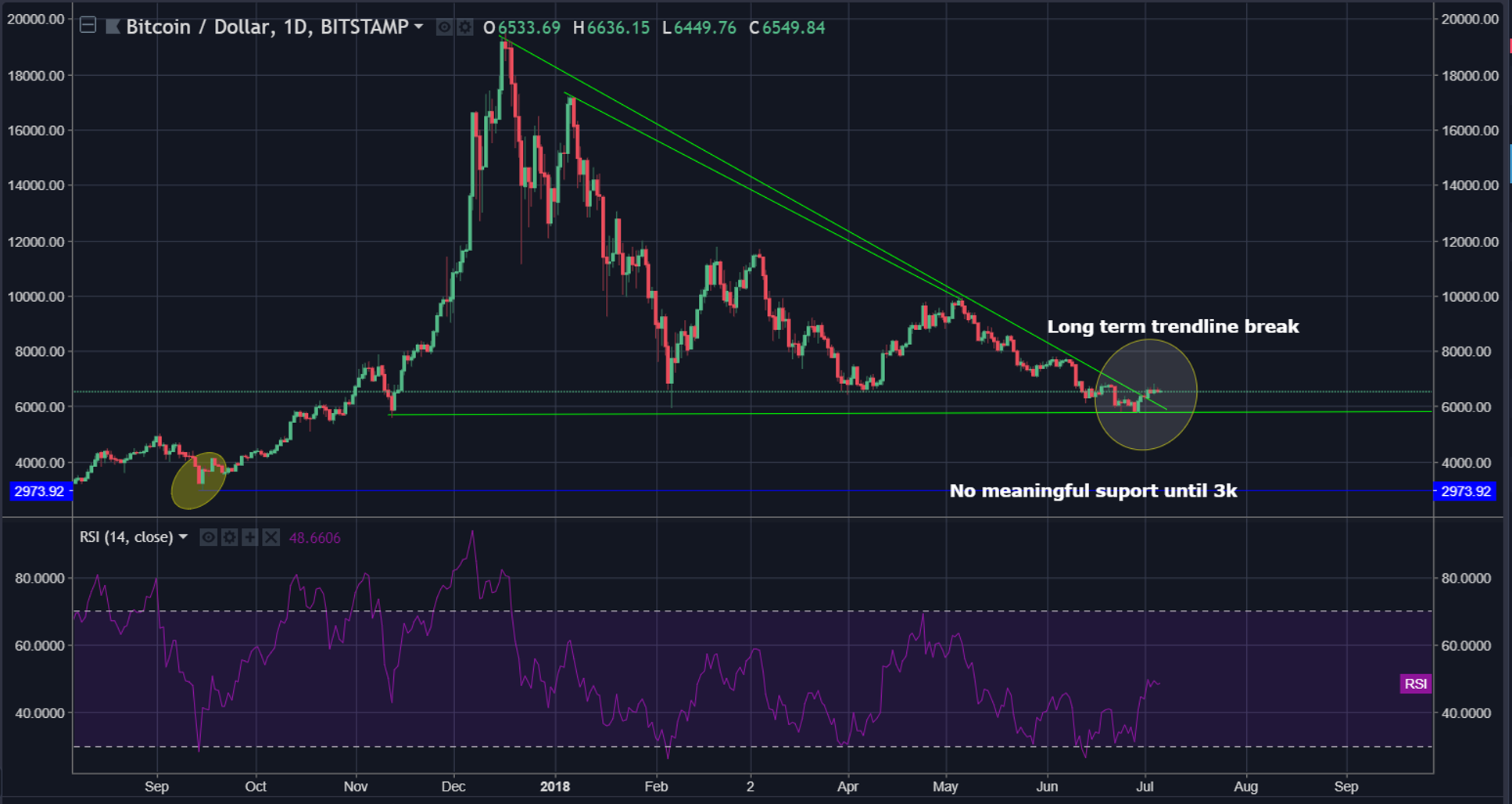 Our view was a retest of $5800 was necessary, and although it constituted a near death experience for bitcoin bulls when it happened in late June, we remained constructive given we have seen slowly improving fundamentals work their way into the market for the last few weeks. On the downside, if $5800 were to break as a level of support, we would anticipate a steep and catostrophic fall to $3,000.

Now that the market withstood a test of that level on two occasions last week, we see support as being reaffirmed and the market working its way higher.

If you'd like to dive into key technical indicators, and how to utilize them for markets like bitcoin, forex, and other markets you can trade, I enocurage you to sign up for this resource.

On the constructive side, volatility as measured on a rolling 30 day basis is working its way back up. Historically, higher levels of volatility correlates with higher moves in price for crypto assets. This metric has increased for the last 3 weeks running. We touched a low of 2.5% in June, and have since moved up over a full percentage point. 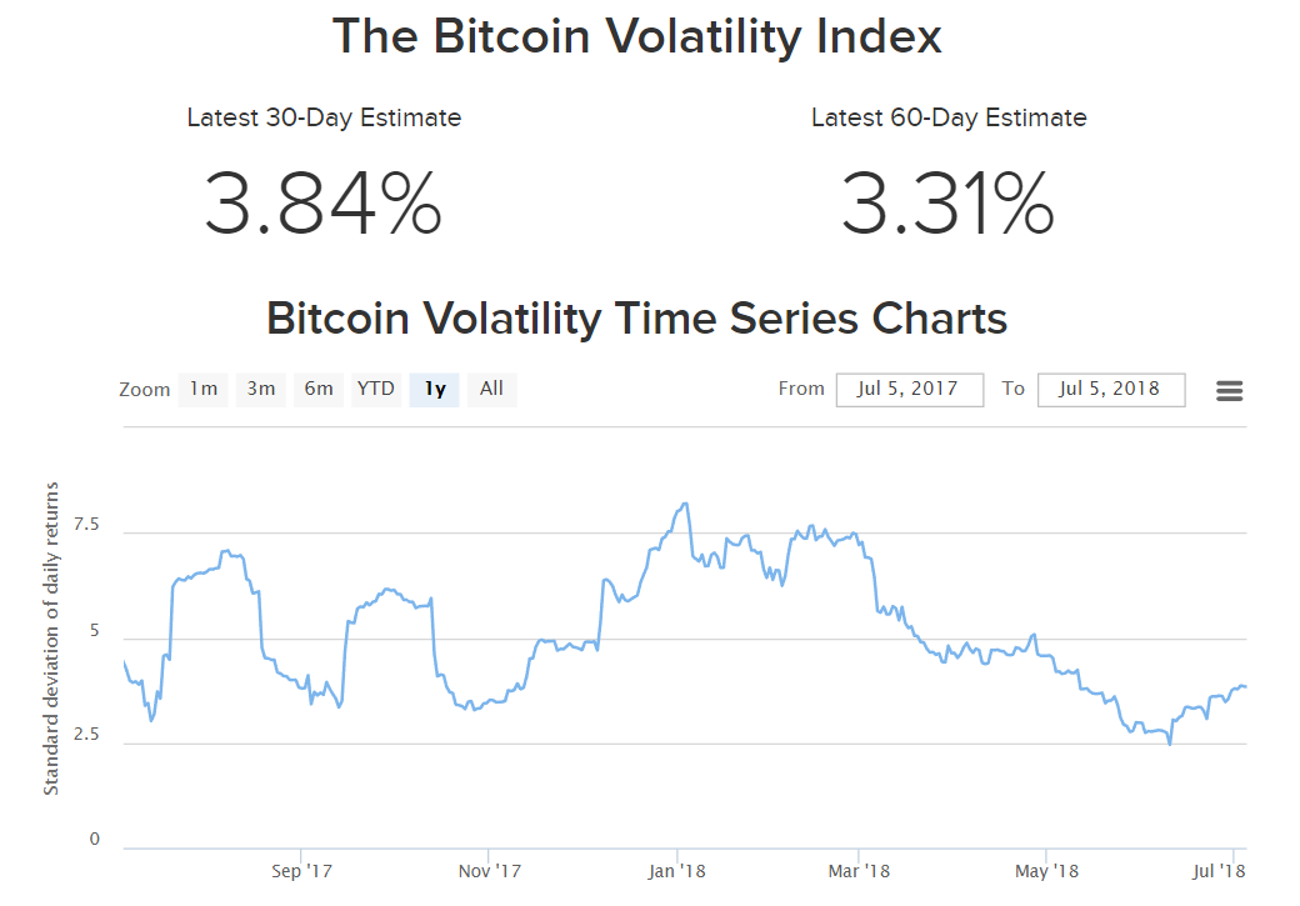 Demand as measured by Google search, a metric we have discussed several times as correlating with bitcoin price over the longer term, has been improving as well. 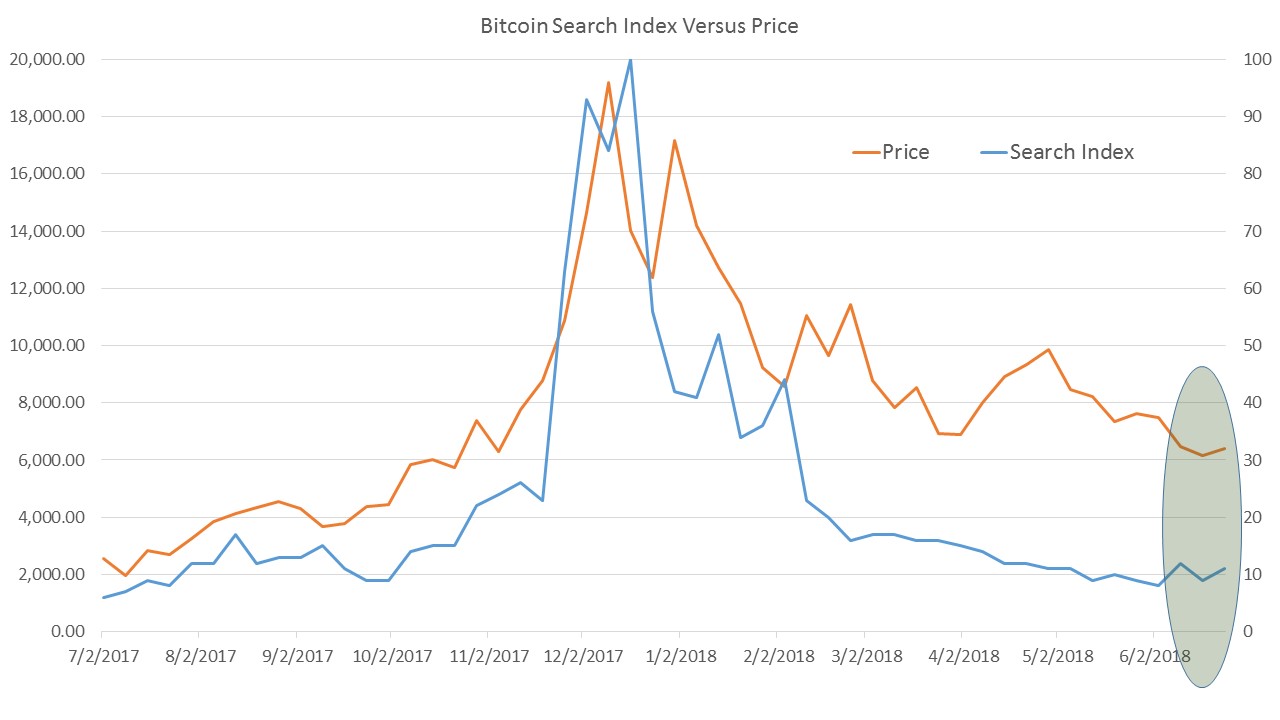 Over the longer term, we remain constructive on bitcoin due to these improving fundamentals . We also feel, over the medium term, the news cycle and regulatory picture will continue to improve. Facebook recently rolled back their crypto ad ban, and more institutions are pursuing crypto positions, which should mean several additional legs up in demand.

Our longer term outlook for the end of 2018 is $10,300, and we see a more gradual and slower roll to that level through the fourth quarter than was witnessed last year.