Bitcoin Bleeds Again But This Time Might Be Different
Jason Pfaff of Independent Analyst - InsideFutures.com - Thu Jul 25, 8:40AM CDT

It was only last November when bitcoin bounced off the $5800 level on the way up to crossing over $19,000 during a meteoric rise crypto traders won’t long soon forget.

The level around $5800 was the last serious dip and level of support that bitcoin tested last fall before rocketing higher. It has remained the lowest and last level of support to yet be broken recently as bitcoin has dramatically dropped from the highs achieved in January.

However, bitcoin price came under intense pressure and retested that level late yesterday and has essentially hovered around it since. If this level falls, it could be disastrous for bitcoin bulls.

We have long said, if that level were to break, it could mean a dramatic and painful freefall for the price of bitcoin. In our view, if Bitcoin were to spend several hours below $5800, it could mean a major wave of selling that could take the market down in large, psychologically important increments.

First up would be $5500, then $5000. We have consistently forecasted scenarios covering dramatic potential drops in the price of bitcoin, and almost always, in a scenario where price hits $5,000, it then plummets to $4500 in the same 24 hour period.

As bloody as it’s been, it could get even bloodier.

The culprit this time around seems to be a good old fashioned lack of momentum. There were no major news stories of hacks, new regulations or the other negative news flow that has previously troubled markets and put pressure on price.

Right now, this is simply a market that is wanting to head down.

To be sure, we saw a similar drop last weekend and did enjoy a mild bounce.

The challenge as we explained at the time was, the bounce did not cover much ground. The same type of bounce that used to produce a $700 or $800 move just a few months ago, only produced a move of $200 to $300, and it seemed like a tired struggle just to get that.

This market seems to be out of gas and without a fresh catalyst, it might grind lower for some time.

Our forecast models currently call for a maximum value of in the next 7 days of around $6250. 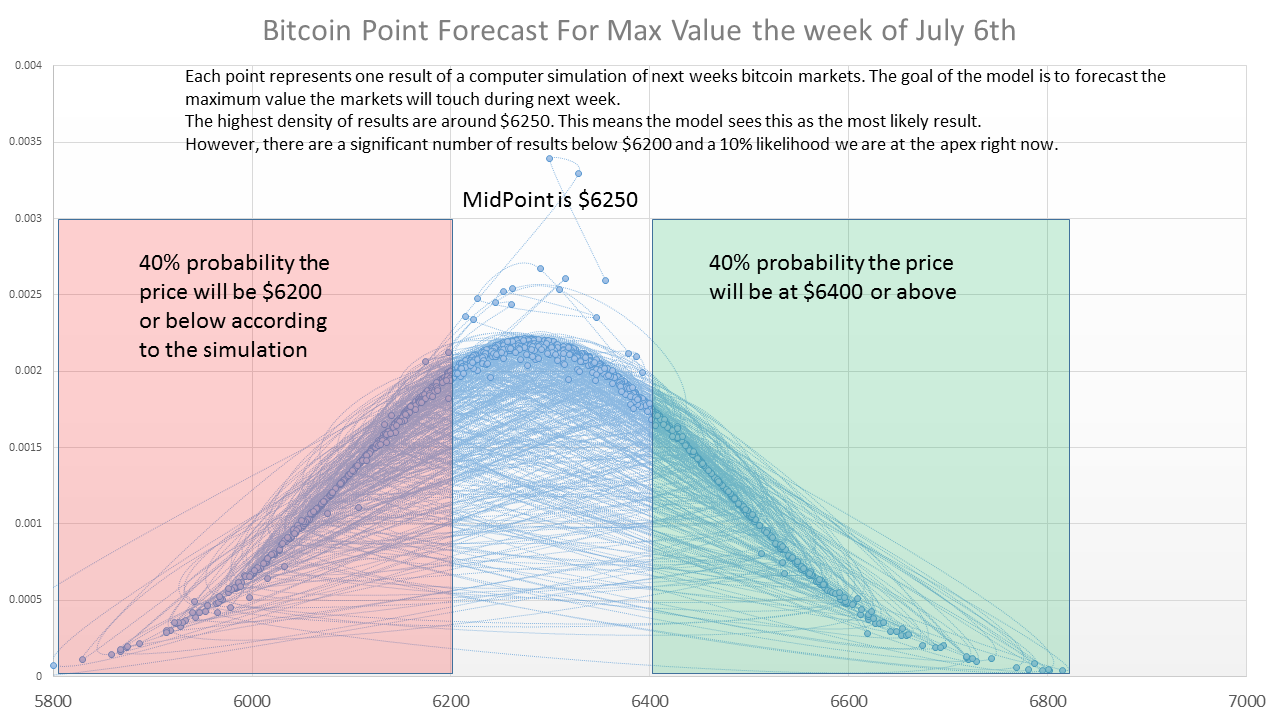 However, those same models say there is a 10% chance we are at the apex right now. According to the simulation model there is a 20% chance of a max value of 6100 or below next week and a 40% chance of a value of $6200 or lower being the maximum value acheived next week. This means more than anything, there is very little upside right now.

Over the next 14 days, it remains a similar story. The second week of July is not looking any better, and our neural network predictive model is forecasting the highest probablities for another swoon through the upper $5k range during the week covering July 7-14th.. 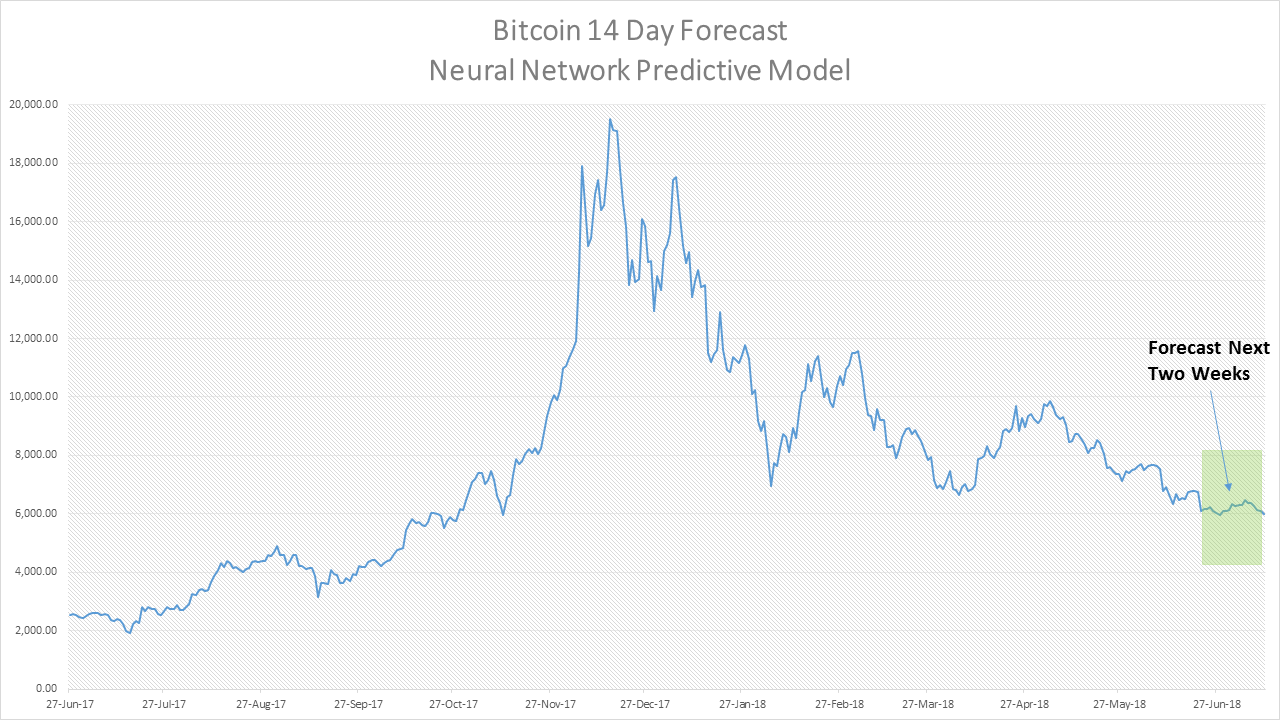 Traders looking to stake out positions over the next week could consider positions on either side of the current price. A trader wanting to short or sell bitcoin, could consider selling a weekly or monthly Nadex bitcoin spread to gain exposure to a potential move lower in price without actually owning bitcoin, with a contract that limits your risk to the price you pay for the contract. Registering for a free lifetime demo account takes 30 seconds and can be done here:  https://www.nadex.com/demo