3 Things For Traders To Know About the OPEC Announcement
Jason Pfaff of Independent Analyst - InsideFutures.com - Thu Jul 25, 8:40AM CDT

The price of WTI crude rocketed higher last week as OPEC issued a broad statement announcing an agreement to begin increasing production in response to the current limits imposed last year to cure the oil glut and balance markets.

Traditionally, increasing supply should result in a lower price, but this was a case where markets were aware the outcome could have been much worse. With Russia rumored to have been pushing for an increase of 1.5mil bpd, an increase in the near term of a few hundred thousand barrels during peak consumption season, was at first gance almost bullish by comparison.

However, with supply from the US raging and continuing to set records, and with a stronger dollar and choppy growth globally, the fundamental nor technical factors truly align for a constructive view on future prices. 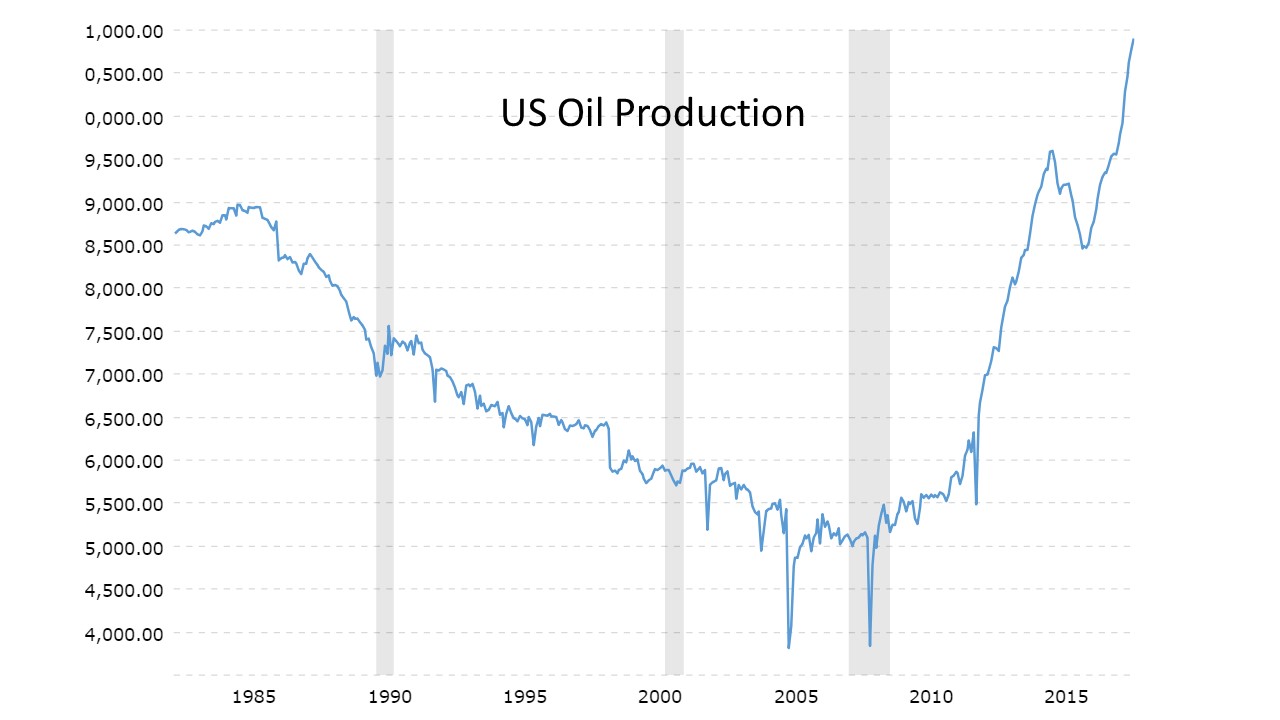 data courtest of the EIA

The statement was notably opaque and absent the typical details one would expect concenring production levels. Below we address the key takeaways from the announcement, and what to monitor moving forward.

#1 What did OPEC Actually Say?

What the official statement did say was that, OPEC “decided that countries will strive to adhere to the overall conformity level of OPEC-12, down to 100%, as of 1 July 2018 for the remaining duration of the above mentioned resolution and for the JMMC to monitor and report back to the President of the Conference.”

This was the heart of the announcement. It seemed to lack the normal clarity an announcement like this would hold, creating rampant speculation and questions to linger throughout the weekend.

#2 How Much Oil Does That Mean Is Coming Back To Market?

Our view is to use the 600k bpd figure as a baseline that we would then need to forecast non OPEC output increases on top of. Keep in mind, the OPEC statement only concerns OPEC members, and while Russia is cooperating, they would be free to proceed as they like.

According to the Financial Times, Khalid al-Falih, Saudi Arabia’s energy minister, left the meeting on Saturday saying the agreement was for 1 mil bpd.

Nigerian oil minister Ibe Kachikwu said the 1 million-barrel agreement would see OPEC members raise output by at least 700,000 barrels a day, with non-OPEC countries, led by Russia, adding the rest, according to the Financial Times report.

It should also be noted, this agreement has been historic because of its level of compliance amongst OPEC memebers. Historically, OPEC agreements are notroiously broken and memebers over produce. Given the disgreements that were on display at this meeting, mainly between Iran and Venezuela and everyone else, we could also see a return to the days of non compliance, when it felt like OPEC production caps were more of a suggestion as opposed to a requirement.

That would only add more supply. A 10% over production on the current agrement is another 120k bpd, which could take increased output by OPEC to a level of 1.2mil bpd by the end of 2018.

#3  What does this mean for the price of crude oil?

For an organization with a history of palace intrigue, mystery, and drama, this was still a meeting for the ages.

The reality is, we probably have more questions now than we entered the meeting with.

However, the meeting on balance only reaffrims a bearish outlook for oil over the medium term. Simply put, increasing supply on a market that is in the middle of a 5 year range for inventories will put pressure on prices.

Saudi and Russia should be filling tankers with increased levels of oil in July for delivery by August. This leaves 1-3 weeks before we start seeing meaningful increases in supply. With the dollar strengthening and US production flowing, this should make the fourth quarter a tough environment for oil bulls.